Fentanyl Testing Possible With This Strip 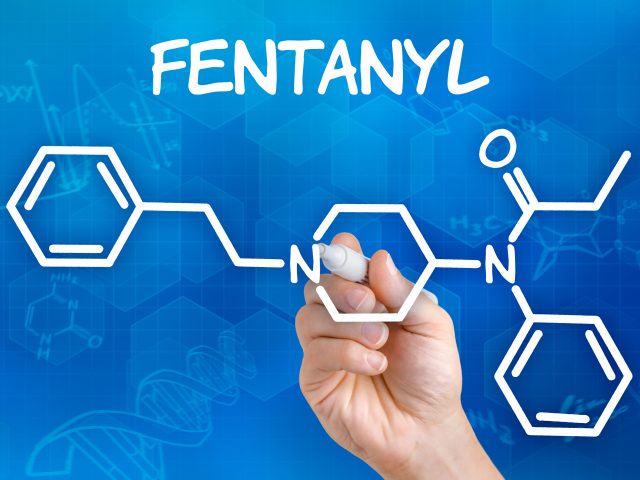 Overdose deaths linked to opioids have hit the United States hard.  Rhode Island is no exception. To help slow this epidemic, Rhode Island lawmakers have made a move to make fentanyl testing simple.  Above all, they aim to do it without the fear of prosecution.

At the center of Rhode Island’s latest push to reduce opioid overdoses is a fentanyl testing strip. Rep. Aaron Regunberg introduced a bill in the Rhode Island General Assembly in May.  The bill hopes to make the possession and distribution of the strip legal. With the testing strips, users can see if there is any fentanyl present in illicit drugs such as heroin.

Fentanyl is a synthetic opioid that delivers a deadly punch. Users can consume it orally, or by snorting, smoking, or injecting. It’s approximately 50 to 100 times stronger than morphine.  This strength makes it toxic in even the smallest doses.

Besides its strength that makes it attractive to drug users seeking the ultimate high, fentanyl presents another problem: it’s price. The drug is cheaper than less potent drugs like heroin.

In 2017 alone, fentanyl was responsible for 65 Rhode Island overdose fatalities. That number represents 60 percent of all the overdose deaths in the state. Nationwide, over half of the fatal opioid overdoses come from fentanyl.

Fentanyl testing strips give users a valuable tool.  It helps them in determining whether or not the drugs they’re about to consume are somewhat safe. Fentanyl’s potency can result in an overdose in even tiny amounts.

Besides users, fentanyl testing strips could also give police and emergency medical workers the ability to combat overdose deaths. Michael Galipeau, a member of the advocacy group the Rhode Island User’s Union, is just one of many supporters seeking to legalize the strips.

He stated that the fentanyl testing strips offer police an alternative to only handcuffs when it comes to dealing with consumers of illegal substances. Several other supporters presented their case in front of the House Judiciary Committee as well. The committee also received a letter from the Rhode Island Medical Society supporting the bill.

How Effective Are Fentanyl Testing Strips?

One of the most significant dangers drug users face is not exactly knowing what they’re about to consume. Sometimes street drug samples are laced with a variety of toxic substances. Fentanyl is one such substance that is extremely lethal. Tests are finding it in cocaine and heroin at an alarming rate.

A study by a Brown University epidemiologist deemed the fentanyl testing strips as an accurate tool in uncovering the opioid in street drugs. Their accuracy can play a huge role in providing users, police, and health care workers with a weapon in keeping Rhode Island communities safe.

As for just how accurate they are, the strips noted the absence or presence of fentanyl in 96 percent of the Rhode Island State Public Health Laboratory’s samples. Even better, fentanyl testing on a Baltimore laboratory’s samples was 100 percent accurate.

The study, which was funded by the Bloomberg American Health Initiative, interviewed 355 drug users in Baltimore, Boston, and Providence. Among those, it found that 26 percent preferred drugs with fentanyl. 84 percent cited concern over fentanyl-laced drugs.

Fentanyl testing, if made legal, can alleviate those concerns.  Additionally, this could possibly make a dent in the number of opioid overdoses across the United States.

Rhode Island won’t be the first state to gain legal access to the possession and distribution of the strips. Public health officials have already begun using fentanyl testing strips in California, Massachusetts, and New York to curb opioid overdoses.

A Canadian manufacturer is at the forefront of the fentanyl testing movement. Initially created to test urine, the strips are similar to home pregnancy tests.

The Importance Of The Fentanyl Testing Bill

In Rhode Island, the presence of illegal drugs can lead to arrest. While arrests may take a user off the streets, they don’t do much in preventing the problem of overdose deaths. Fentanyl testing strips, however, can help in prevention.

With Rep. Regunberg’s bill in place, prevention would get bolstered by protecting users or distributors of the test strips from civil suits or criminal prosecution. The aim is to preserve and rehabilitate instead of solely punishing those sucked into the opioid epidemic.

Social service agencies and other providers would make the strips available in a supervised setting. However, users could also gain access to the fentanyl testing strips through an outreach framework.

Is this form of fentanyl testing perfect? According to the company that manufactures the strips, no. The strips may fail to uncover new varieties of fentanyl or can result in false negatives.  For this reason, the suggestion is to use them solely in a medical facility. With such a restriction in place, professionals could immediately revive anyone who experiences an overdose.

A similar harm-reduction strategy was implemented years ago to prevent infection from HIV and AIDS. Needle exchanges worked to give drug users a safer avenue towards their dangerous habit. They were successful in reducing HIV transmission among addicts who injected drugs.

Fentanyl Testing Possible With This Strip