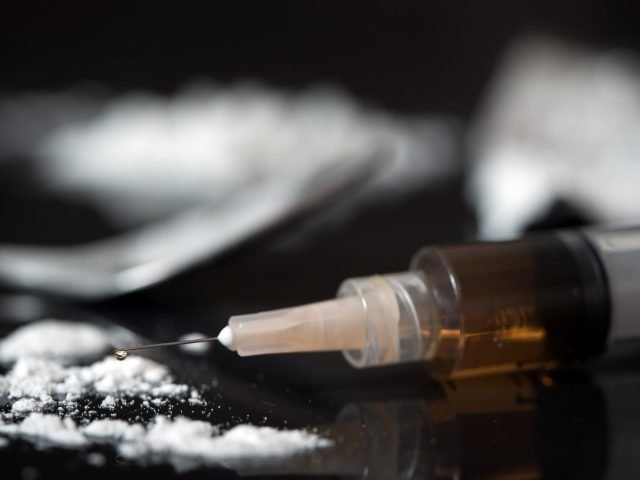 We all know the addiction crisis that is sweeping through the nation, as well as the fatal consequences of overdosing. It is common for many people to take prescribed painkillers like Percocet, to treat physical pain. But what follows is a reliance on painkillers, and when people can’t afford the drug anymore, they may turn to other drugs like heroin. But what happens when you sell to someone who dies from overdosing? Do you face charges as a bystander? Let’s talk more about this unique situation.

From A Favor To A Crime.

One example of someone facing severe punishment for being linked to a fatal overdose is Alexandria Santa Barbara, a 39-year-old mother from Philadelphia, Pennsylvania. In her case, she went from doing someone a favor, to committing a crime. Shortly after getting laid off of her job at a local deli, she was unable to treat her back pain. So she turned to heroin, but kept her addiction from her family. There was also a neighbor, known as “J.M” in court papers, who also suffered from addiction.

Here’s what happened next. In late March, J.M. handed Santa Barbara money in exchange for heroin. But in the eyes of authorities, she sold a batch of heroin laced with something deadly. What was in it? A lethal synthetic drug called “Fentanyl.” According to Emily Mano, Santa Barbara’s daughter, “She doesn’t always do stuff like that. It was just a favor. She’d never mean to harm someone. Never.”

Shortly after the drug transaction, J.M. dies from overdosing. His wife finds him collapsed on the bedroom floor. Santa Barbara turns herself in, and emergency responders pronounce him dead at the scene.

If Someone Dies From Overdosing, What Charges Do Bystanders Face?

Whether she knew it or not, Santa Barbara committed a crime. What happens to her? She is in jail awaiting trial on third-degree murder charges. As more and more overdose cases arise, one question comes to mind. The question is “what is the definition of a drug dealer?” Prosecutors are stretching the definition to include anyone involved with the crime.

When someone dies from overdosing and you’re involved, it is important to know that there will be severe consequences. With the nations opioid crisis rapidly increasing, bystanders of drug overdoses are becoming criminal defendants. After all, opioids have killed more people in 2016 than the deadliest year of the AIDS epidemic.

Bystanders of drug overdoses, just like Santa Barbara, can face charges of drug delivery resulting in death, a first-degree felony with a punishment of 20 to 40 years in prison.
In the state of Pennsylvania, the number of people charged with this kind of third-degree murder went from 15 in 2013, to 205 as of last year. Nationwide, these accidental overdose cases tripled. It’s claimed more than 63,000 people in the U.S. in 2016. This is an epidemic that we can’t ignore.

How Laws Are Trying To Stop The Crisis.

Twenty states have drug-induced homicide laws that criminalize anyone involved with someone who dies from overdosing. Many of these laws were passed in the 1980’s to deal with the crack epidemic. Now they are coming back in hopes to stop the opioid overdose crisis.

In many cases, those linked to someone who dies from overdosing will try to save the individual. It may involve calling the police for help, or by using Narcan, the overdose-reversing drug. Good Samaritan laws generally make someone immune to charges, but not in the case of a drug-induced homicide. The truth is, if you sold drugs to someone who dies from overdosing, you will face severe consequences. The idea of going away for a long time will scare people, and prevent them from even supplying or obtaining drugs at all.

Laws May Be Having A Negative Effect.

Unfortunately, laws may be preventing people from calling 911 in the first place. There are worries that some overdoses could turn fatal because a bystander is too afraid to call the police. There is also little evidence that more charges and jail sentences are effectively helping the addiction crisis. Even if a drug dealer is arrested, another one will quickly appear.

There is also the idea that going after drug suppliers isn’t really going for the root of the problem. The real root is the demand, the drug users. It’s about helping people with rehab treatment and detox.

If you, or anyone you know, have any questions or concerns about accidental overdose charges, talk to someone today here.